Some of my friends, my junior, even my senior asked me how could I get the part-time job that I'm doing. It all started when I became the Liaison Officer (LO) of this company in the 22nd Career Days (a job fair conducted by my university). At that time, I became an LO of PT. Web Media Technology Indonesia (WMTI) or well-known as Niagahoster, a company that provides domain and hosting. Maybe you've never heard the name of this company. It's okay because it's a start-up company that just established about 4 years ago. This company's still young but it already became number one web hosting company in Indonesia. Okay before you’re losing interest in my story because of this too long introduction, let's just get straight for it.

When you become a Liaison Officer in a job fair event, you have to read the entire job description and requirements. Therefore, you'll be capable to explain it to the jobseeker if they ask. Thus, when I learnt about the job description of PT. WMTI, I had an interest with one of them: Content Writer. Somehow I turned out telling the officer that I really love writing and I have a blog that has more than fifty thousand readers (show off banget yak, wkwkk). And suddenly the officer told me to drop my CV. The next day, I dropped my CV but I didn't expect anything because I know there were hundreds of jobseekers that applied the same position as I did. You can say that I was just ‘mencoba keberuntungan’. I thought it doesn't matter if I don't get the job because there must be many experienced writers that would be invited to the interview (gak mau terlalu ‘ngarep’ biar gak sakit kalo gak dipanggil interview haha).

2 weeks after the job fair, I received an email from the HRD of PT. WMTI that contained a few articles (in english) and I got commanded to translate it into Bahasa Indonesia. The deadline was only 3 days. And you know what? I ended up not sending back those translated articles because my laptop had a trouble on the deadline day. Dan aku cuma pasrah, gak usaha. Mikirnya “udahlah mungkin gak rezeki” and I was trying to forget everything about being a content writer. But apparently, Allah SWT had a different plan for me. ^.^

One week later...
It was Wednesday, September 6th 2017 when I got my real job interview for the first time! One day before (Tuesday), I got a phone call from the director of PT. WMTI. He introduced his self first (in Bahasa Indonesia) and then he asked “can we continue this conversation in english?” I've never had an interview in english before so why wouldn’t I give it a try? I stopped a few seconds before I said “sure,” and the next entire conversation continued in English.

He asked a few questions such as: “what is your reason to apply for this job?”
I answered honestly, “I’m applied for this job because I want to develop my writing skill”. This is probably the most mainstream answer but I did really mean it.
“When did you find your passion in writing?” Asked him later.
“Since I was in the elementary school. I like to write short story”.

I can’t remember the rest of the question at the phone call. But eventually he said something that made me overwhelmed : “Ok Nisa, just from a phone call I already think that you’re gonna match for this position. But can we book you for a direct interview?"
"Yes, sure.” I said, still with an overwhelmed feeling.
"Ok then, are you available to come to our office tomorrow at 9 a.m?"
And I said "yes" even though I had a class at that time. Yeah I skipped class for a job interview. But I think I made a good decision tough hahahaha. Bad student -_-

The next day....
The day has arrived. I came to the office and a little bit surprised when I arrived there. The office seemed homey, unlike most offices. The interior and the furnitures were very artistic. The employees were dressed informally, not wearing any kind of blazers or kemeja or sepatu pantofel. The company tried to create a comfortable atmosphere to make their employees enjoy working there. It looked like Google office which is pretty cool.

I waited 10-15 minutes for the interviewer to come. The interviewer was the director and he seemed really young for a director. He introduced his self as Ade (the director who already talked to me on the phone the day earlier).

After a little greetings, the first question that came out from Mas Ade was: “Could you tell me about yourself?”
Fortunately, I already had practice and watching youtube videos about job interview. I could pass the first question safely. Hehehe.
The next questions were getting a little bit harder like:
“Are you an individual person or a team person?”
“How did you discover your passion in writing?”
“What is your experience in writing beside your blog?”
“What do you see yourself in the next 5 years?”
“After you graduate, what do you want to do?”

I’ve been through a lot of interviews but they were just organization or committee interviews. But it was... an interview with a real company! This also the first time I had an interview in english. It was literally full english from the beginning until the end.

I answered every single question that he asked with confident. At the end of the interview, the question went unpredictable: “Nisa, how much sallary do you expect from this job?” Wow. Sallary? I’ve prepared for everything but I didn’t prepare the answer for this question. What am I supposed to say? I was really afraid if my words went terribly wrong. And eventually I said: “I don’t have a standard of sallary. I haven’t think about it yet. I’ll just do my best for the team.”

After that, Mas Ade explained everything that I need to know such as the importance of my role. We also talked about my schedule. Suddenly Mas Ade said “Actually I really hate to hire a part-time employee. I need people who can stay full-time at the office. But I will considering about hiring you.” Aku langsung waswas.

After the interview, they did some test on me. I had to make an article about “5 reasons why you should use social media to increase your business” and they just gave me 30 minutes. Alhamdulillah I could finish it and I was satisfied enough with the result.

OMG I GOT THE JOB!! I was really excited and I couldn't stop saying alhamdulillah. Now I've been working here for 3 weeks and everyday I still feel amazed with all of this. The key to survive here is: learn and adapt quickly. Everyday after school I come to the office from 3 p.m until 7 p.m, feeling exhausted everytime I got home but I'm happy. I hope everything's doing fine and I'll be graduated on August 2018. Aamiin!

Popular posts from this blog 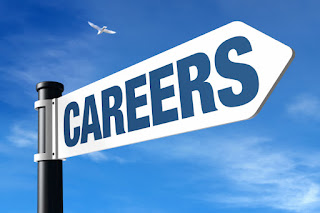